The project, to include hotels, shopping centres, skiing and other sports facilities reachable by cable car, is to be developed by an unspecified group of Syrian, Kuwaiti and Saudi investors, said Mustapha Kafri, director of the country’s investment authority. It would overlook Israel occupied Golan Heights.

The southern and western slopes of the mountain were captured by the Jewish state during the 1967 Arab-Israeli war. In a separate announcement Syria announced its intention to cede the Shaba Farms area on the mountain to Lebanon. Shaba Farms is currently occupied by Israel and if it were handed off to Lebanon then Israel would be in violation of the U.N. agreement to pull out of Lebanon. 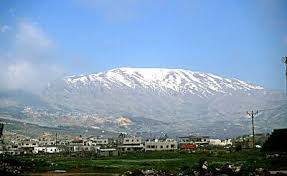