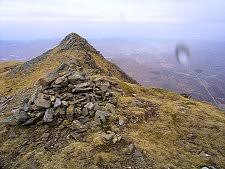 The BBC reports Robin Cook collapsed on the 2,365 foot Ben Stack in Scotland.

Cook was airlifted off the mountain but perished shortly after arriving at the Iverness hospital.

Supporters believed Cook should have been leader of the Labour Party, and prime minister. But opponents saw him as arrogant and distant, and he ended his political career on the backbenches.

Cook served as foreign minister from 1997 to 2001 before being demoted to leader of the House of Commons.

His resignation speech, days before war began in March 2003, received a rare standing ovation from legislators.

An unusually emotional Cook told his colleagues: “I cannot support a war without international agreement or domestic support.