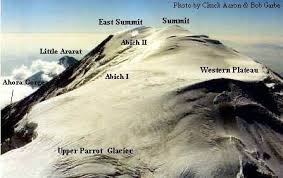 Iranmania reports Turkey will prosecure Iranian climbers after one of the party was killed on Mount Ararat.

“There will be legal action against the Iranian mountaineers for climbing in a banned area of Agri (Ararat) Mountain,” Turhan Turunc, the chief prosecutor in the nearby town of Dogubayazit told Anatolia.

Most of it is a banned military zone and climbers need special permission from Turkish authorities for expeditions on the mountain.

The body of the dead climber, named as Ashker Baravan, was brought down to Dogubayazit late Thursday by a local search-and-rescue team, which launched an operation on the mountain after his 24 fellow climbers alerted the authorities about the incident.