Colorado Charging For Some Rescues 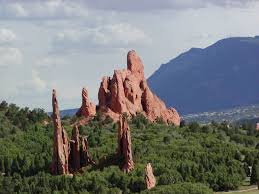 While some authorities support this noting that two thirds of its rescues are for poorly prepared tourists but outdoor groups are opposed.

Capt. Larry Schwarz, who heads the High-Angle Rescue unit of the Colorado Springs Fire Department (which covers Garden of the Gods):

My philosophy five years ago was, if they were polite when we rescued them and if they were cooperative, they never would have gotten a ticket,” Schwarz said.

That changed in April 2004, when a soldier who had recently returned from Iraq fell and died while climbing the Pinnacle, a rock formation in North Cheyenne Canyon. Two other people have died in falls in city parks since.

“It’s unacceptable to have people ignore a sign, climb and fall to their death,” Schwarz said.

Under the department’s fee schedule, if officials charged someone for their rescue, a 2 1/2- hour operation would cost more than $1,400.

In 1994, Colorado’s General Assembly created the hikers certificate, later known as Colorado Search and Rescue (CORSAR) cards. They are voluntary and cost $3 for a one-year card and $12 for a five-year card, a portion of which goes into a state search-and-rescue fund.

Teams can get fully reimbursed from the state fund only for rescues of CORSAR cardholders or their relatives, so Masters decided to bill for complex rescues of people who don’t have a card.

“I have very little sympathy for the people who go out and take risks without taking the time to buy the certificate,” Masters said. “You have to be responsible to those people who are going to come and risk their lives to rescue you.”

Victims of car crashes are charged for ambulance services, he said, so why shouldn’t rescued climbers be charged?

Eric Berg, search-and-rescue coordinator for the county sheriff’s office, said they only bill for extra expenses, like the $3,000 to $7,000 it costs to rent a helicopter. About 85 percent of people pay.
He said they don’t bill for routine operations, like missing children or lost hikers.