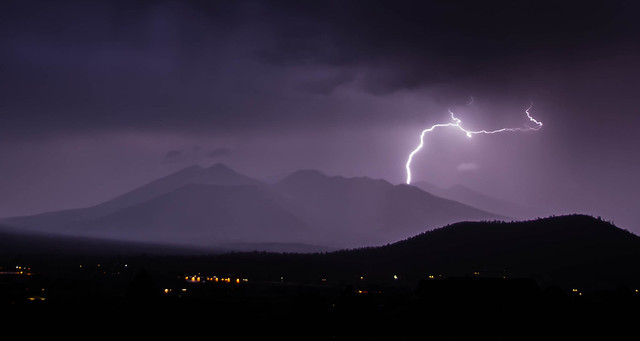 Lightning killed a 17-year-old Wade Young of Tempe, Arizona, near the Humphreys Peak summit on Wednesday, July 20, 2016. Two other hikers nearby were also transported to a Flagstaff hospital. Meteorologists said there were 106 on-the-ground and 393 cloud-to-cloud lightning strikes between noon and 1 p.m. in that area. The group called 911 but was delayed in coming because of the lightning storm.