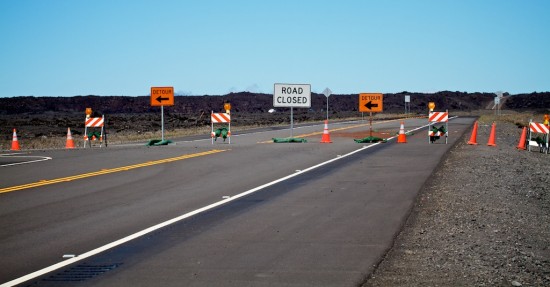 Authorities report that a brush fire that has caused rerouting of traffic on Saddle Road on Mauna is 60 percent contained. Traffic is being detoured through an old section of Saddle Road and Mauna Kea State Recreation Area remains closed until further notice. The fire has included dramatic video footage of tornadic like fire. Authorities said they have arrested a man for arson in the fire.

Other articles have suggested the fire might be radioactive because of uranium coated shells at the army site.

Like Loading...
This entry was posted in General and tagged Brush fires, Hawaii, Saddle Road. Bookmark the permalink.